Fever in Kids Can Sometimes Result in Seizures 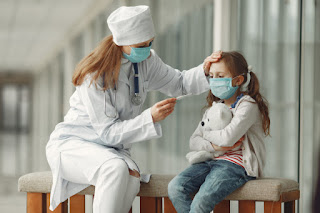 The recipient of an MD from the Rosalind Franklin University in Chicago, Dr. Zachary Lutsky served as an emergency physician at Cedars-Sinai Medical Center for 11 years. Dr. Zachary Lutsky is experienced in treating a variety of emergency conditions, such as accidental injuries, shootings, high-grade fevers, and other trauma.The normal body temperature for humans is 37 C, which is equivalent to 98.6 F. Normally, body temperature can differ slightly from this value due to daily activities and some other factors. However, significant deviation (increase or decrease) from this value may be a sign of illness and can also be dangerous to health.Fever, according to guidance from the Cleveland Clinic, is relatively common in children. It occurs when the body temperature exceeds 38 C (100.4 F). In most cases, it subsides within a few days. However, if a fever lasts longer, occurs in an infant younger than three months, exceeds 40 C (104 F), happens after a child is immunized, affects urination, or does not respond to fever reducers, it may be important to call or visit a doctor.Severe temperature changes in some fevers can have serious side effects, such as seizures. These can appear in the form of a jerking movement or the child passing out. Seizures typically last for less than five minutes, but it is still advisable for parents or guardians to call the child’s doctor right away or seek immediate medical attention. If the seizure persists for longer, 911 should be called.
Posted by Zachary Lutsky at 5:28 PM No comments:

Email ThisBlogThis!Share to TwitterShare to FacebookShare to Pinterest
Labels: Fever in Kids, Seizures 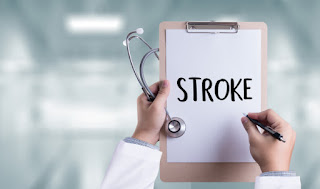 A board-certified emergency medicine physician in Los Angeles, California, Zachary Lutsky attended the Rosalind Franklin University Chicago Medical School. Zachary Lutsky served as an attending physician at Cedars-Sinai Medical Center for 11 years. Cedars-Sinai holds Comprehensive Stroke Center certification and is one of the region’s top stroke-intervention facilities.One of the top five causes of death in the United States, a stroke occurs when a blood vessel carrying oxygen and nutrients to the brain is blocked or bursts. To recognize the early warning signs of a stroke, the American Stroke Association recommends using the word FAST:F: First, look for signs of a drooping face. When the person smiles, does his or her face look uneven?A: Next, check for arm weakness. With both arms overhead, does one lower automatically?S: Slurred speech and other speech difficulties can be another sign of stroke. Check if the person can repeat simple sentences.T: If any of these symptoms are present, it’s time to call 911. Prompt treatment for stroke can help minimize long-term effects.
Posted by Zachary Lutsky at 11:29 PM No comments:


Dr. Zachary Lutsky, a board-certified emergency medicine physician in California, received his MD from the Chicago Medical School at Rosalind Franklin University over 10 years ago. Since then, Dr. Zachary Lutsky has practiced medicine at such institutions as Cedars-Sinai Medical Center and Santa Clara Valley Medical, and become familiar with a range of subjects, such as dangerous headaches.A severe headache that comes on suddenly is one symptom of brain hemorrhages. Brain hemorrhage refers to bleeding in the brain and are a type of stroke. They occur when an artery in the brain bursts or when blood pools in an area of the brain as a result of swelling in the brain tissue.There are several potential causes of a brain hemorrhage, but the most common cause is high blood pressure. High blood pressure is a chronic condition that weakens the walls of blood vessels over time. This makes the vessels more likely to burst, thus resulting in a brain hemorrhage.High blood pressure is far from the only potential cause of brain hemorrhages. In fact, any condition that weakens the arteries or blood vessels increases a person’s risk of this condition. This includes certain cancers that spread to the brain, aneurysms, and arteriovenous malformation (AVM), a congenital condition characterized by abnormal connections between veins and arteries.While brain hemorrhages are more common in older adults, they can occur in those younger than 50 due to head trauma. In younger individuals, head trauma is the most common cause of brain bleeding. Drug abuse is another common cause in individuals of all ages since it weakens the blood vessels.
Posted by Zachary Lutsky at 11:48 PM No comments: 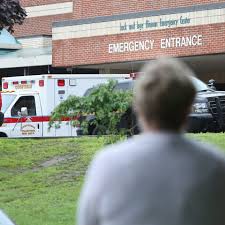 Between 2006 and 2016, emergency department visits in California increased by about 4 percent each year. Meanwhile, from 2010 to 2016, emergency department visits in Southern California increased by 27 percent. During that same time, the area’s population grew only by 5 percent, so the increase in ER visits wasn’t solely the result of a population increase.

Instead, the rise in emergency department visits has been attributed to the higher number of insured individuals in Southern California. In Orange, Riverside, San Bernardino, and Los Angeles counties, Medi-Cal recipients went from being 25 percent of emergency room users to being around 50 percent of users. Plus, the number of uninsured ER visitors dropped from 18 to 8 percent.

Of those who visited the ER, many were homeless with mental health conditions. Unfortunately, the entire state has too few beds in psychiatric and drug rehabilitation facilities. As a result, people with these issues are looking to sleep in emergency departments rather than these other facilities.

Despite this increase in ER visits in Southern California, the average wait time to see an emergency department health care professional improved slightly from 2013 to 2016. Still, emergency waits in the state as a whole are roughly an hour longer than national wait times. Fewer patients were also admitted to Southern California hospitals, suggesting that they were effectively treated in the ER and released.
Posted by Zachary Lutsky at 1:57 PM No comments:

Dr. Zachary Lutsky is a respected presence in the California emergency medical field who serves as attending physician in both Northern and Southern California. From 2007 to early 2018, Dr. Zachary Lutsky was based in Los Angeles at one of the region’s few Level 1 trauma centers.
At Cedars-Sinai Medical Center, Dr. Lutsky handled a full range of cases involving medical emergencies, from shootings to heart attacks and strokes, as well as babies being born. He previously served as an attending physician with Kaiser West Los Angeles and Santa Monica/UCLA Medical Center. Dr. Lutsky's love emergency medicine began during his college years when he spent his summers working as an emergency medical technician at Santa Monica/UCLA Medical Center.
Dr. Lutsky holds a doctor of medicine earned at the Rosalind Franklin University-affiliated Chicago Medical School. Graduating in 2002, he was presented with an Alumni Award reserved for the graduate who achieved the highest four year cumulative GPA. During his time as a medical student, Dr. Zachary Lutsky was also active as an AOA Honor Medical Society member.